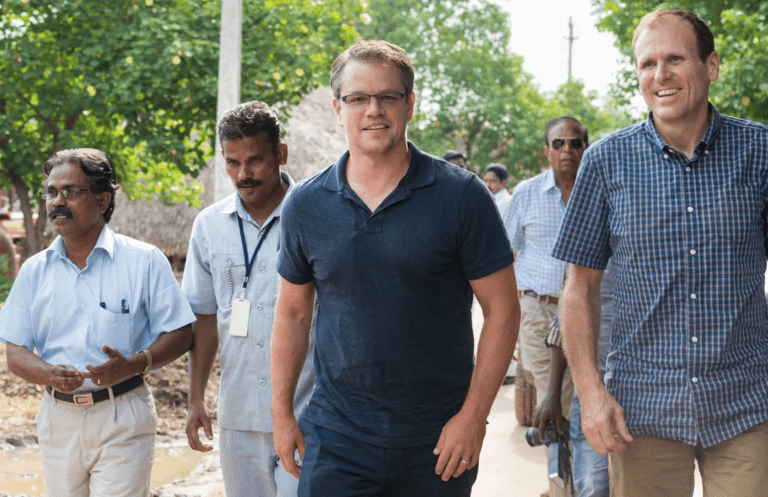 Matt Damon and Gary White feature in this video by Bloomberg from this years meeting in Davos.

Water.org is a charity backed by a number of major organisations and foundations.

Water.org has also set up Waterequity. They act as an investment fund manager offering modest but reliable returns on money invested in solving water supply and sanitation issues in Asia, Africa and Latin America.

More than three million loans have already been made and 99% are paid back. The cost of mains-supplied water with the loan is cheaper and involves much less time than water acquired from other sources.

i2O and its employees currently donate money to WaterAid and the company works with Water and Sanitation for the Urban Poor.