The leakage detection & control department at Acuacar, the water utility for Cartagena, Colombia, is performing in style with new kit provided by i2O.

As well as delivering significant leakage reductions and performance improvements in Acuacar’s water distribution network, the department’s soccer team, which is sponsored by i2O, has just won the company’s internal football championship.

Team i2O Prado beat H.B Civil in the final, while wearing a stylish white kit with blue trim (similar to that of Spanish high-flyers Real Madrid) provided by i2O.

Striker Jorge Reyes also won the trophy for top goal scorer in the championship, and there was no leaky defence at the back either, as Team i2O Prado picked up another trophy for conceding the fewest goals in the tournament. 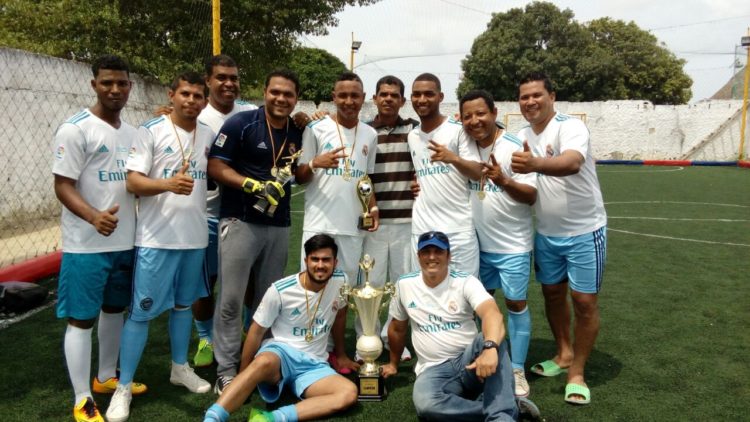