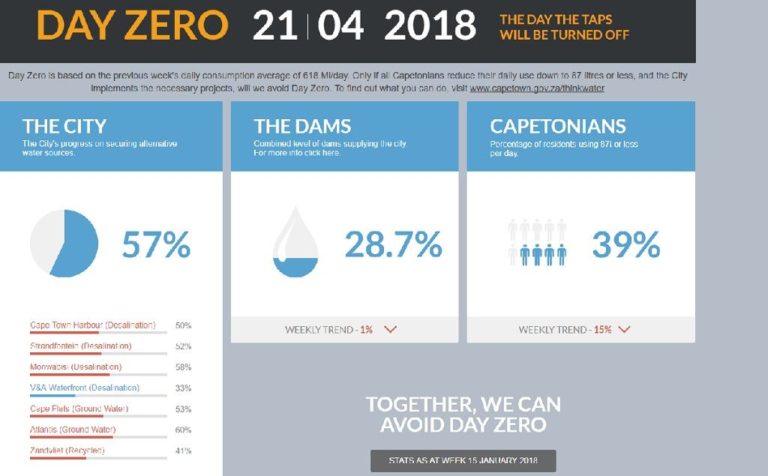 Jordan has an increasing population and decreasing rainfall.  Dams are currently at 50%.

The plan is to reduce water losses, build more dams, and build a desalination plant.

For this, Jordan relies on aid.  Including from Kuwait and the USA.

A new agreement has been reached between Nevada, Arizona and California to ease the demand on Lake Mead.  But, as the Las Vegas Sun reports: “the gathering of water officials, conservationists, tribal leaders, state and local officials and others also pointed out the depth of the developing crisis, with even the headlining multistate pact raising questions about whether it was a Band-Aid over a gouging wound, and pointed to the complexities involved in a long-term solution.“

Concerted efforts are required on all fronts to increase water supply, reduce losses, and reduce consumption if cities the world over are to avoid their own Day Zero.