As is “smart meter”. 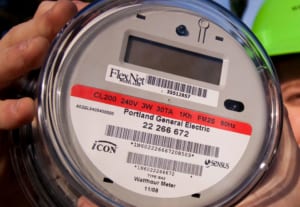 There’s nothing very smart about a meter that communicates a reading so that you can have an accurate monthly bill.  That doesn’t stop them being hyped though.  Apparently they’re helping save energy and reduce bills in a quiet revolution which also helps a country upgrade its outdated energy system and become carbon-neutral. How exactly?!

Suspicion that “digital twin” is no more than marketing puff is supported by its Wikipedia entry.  It carries an editorial warning:

This article has multiple issues:

This article may be too technical for most readers to understand

Network modelling software has been used historically as a tool for projects.  To design a new section of network, or re-design an existing one.

Models require accurate inputs, and accurate predictions of system behaviour based on those inputs.

Water network modelling is a long way behind aircraft or Formula 1 car design, which is so good that simulators can reasonably be used to train pilots/drivers.

And so it will remain until networks are widely instrumented and AI has had the opportunity to train itself on actions and reactions.

Is Minecraft the “digital twin” of our existence?  No, it’s a very rough approximation.  And not one you’d use to train people how to live.

And that’s what network models are and will remain for many years to come.  Even if the data that feeds them is more extensive and closer to real-time than it has been historically.