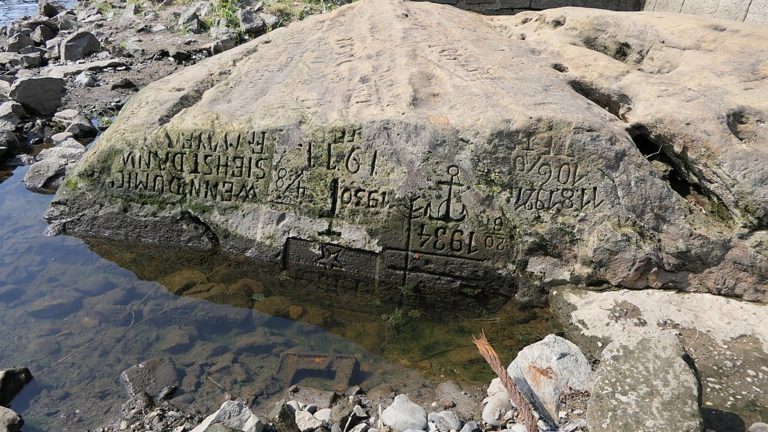 Wikipedia: a hunger stone (German: Hungerstein) is a type of hydrological landmark common in Central Europe.  They are stones in rivers, most of which are in the River Elbe, with markings at levels that serve as warnings of historical droughts and ensuing catastrophes.  Some are marked with dates e.g. 1666 at Těchlovice nad Labem near Děčín; others with messages e.g. “Wenn du mich siehst, dann weine” (“If you see me, then weep”) in Děčín itself.

The stones and their markings have become visible this year once again as Europe has experienced a major drought.

Setting aside the actions that should be taken to reduce the risk of drought in the first place, what’s the best way to avoid the tears?

Optimisation and Resilience.  In short, doing everything you can to avoid or avert a catastrophe.

At the heart of this is Monitoring and Control or “Sensors and Actuators” in an example from wastewater described by the World Economic Forum.

You need to understand the status of a network, learn its patterns, identify opportunities to optimise and have a cost-effective way of making changes.  A cost-effective way usually means by remote control and preferably automatically because the cost of labour, vehicles, and fuel can be prohibitive.

Putting in place such measures before drought hits means that Hunger Stones will in future mark low points but not disasters.