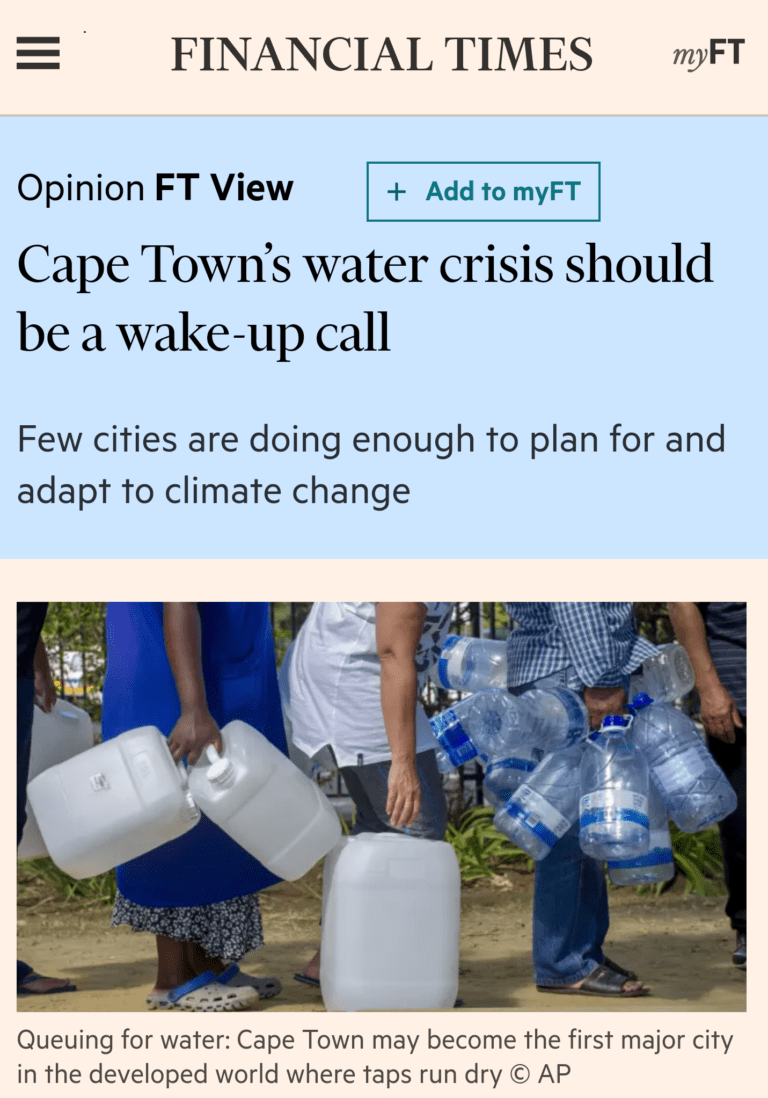 Is the media to blame for the Cape Town water crisis?

The mainstream media has finally noticed that Cape Town South Africa is going to run out of water in weeks. And now the newspapers and websites and tv programmes all carry special reports about it. The media is fascinated by the crisis, the response to it, and who’s to blame. 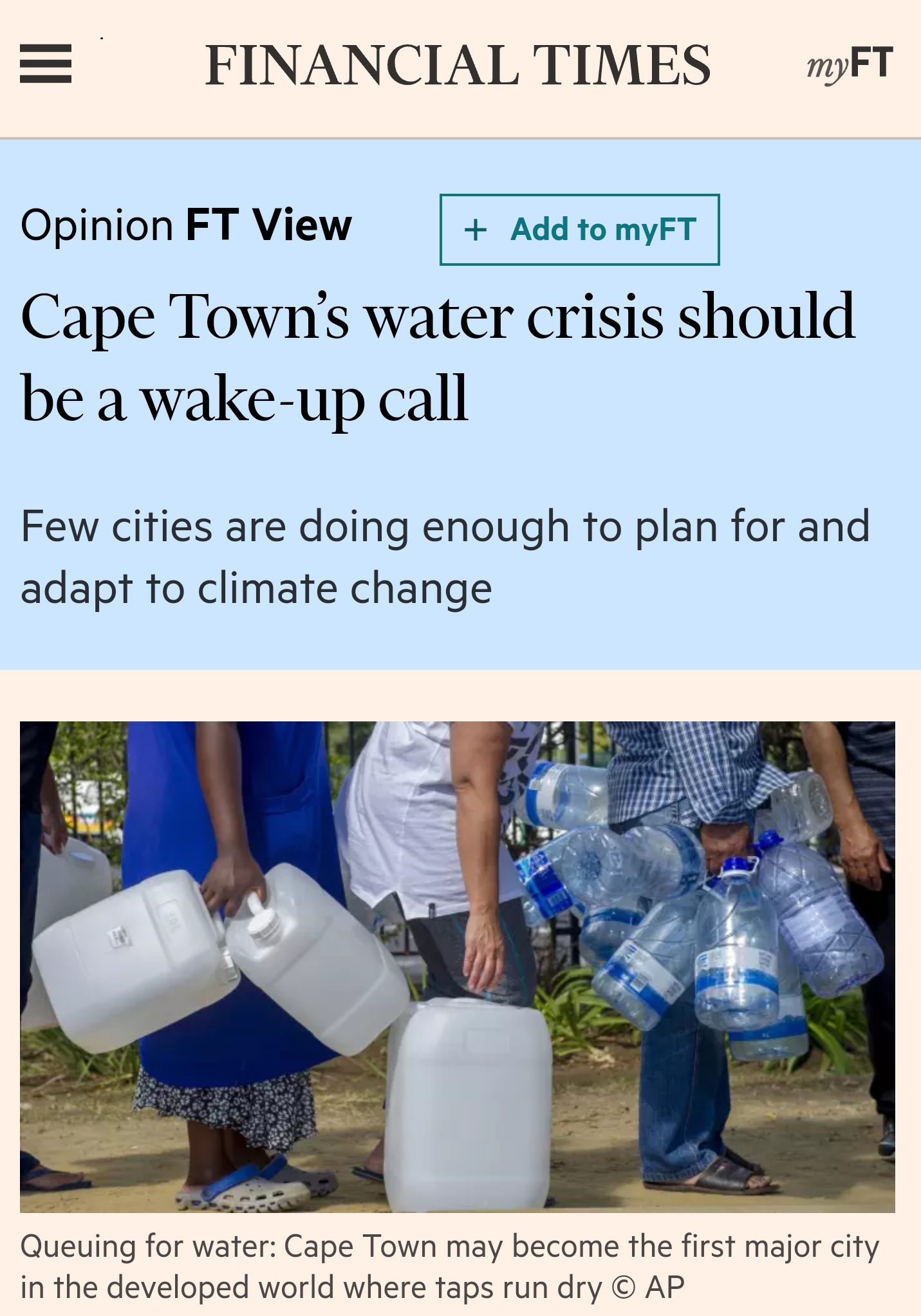 Mihir Sharma, writing on Bloomberg View under the title The City That Ran Out of Water (‘This column does not necessarily reflect the opinion of the editorial board or Bloomberg LP and its owners’!), for example claims the lessons are clear: don’t just play politics once there is a crisis – heed warnings, invest in infrastructure, and don’t just pray that rain will fall.

Amen to that. But what of the role of the media? Where were they at the ‘heed warnings’ stage? Nowhere to be seen.

The truth is that an incident and a crisis make for much better media coverage (and thus content and advertising sales) than an early warning. The incident and crisis can be accompanied by dramatic pictures and passionate argument. Indeed this applies even to a small incident like a burst pipe. Look at the coverage of a Thames Water burst just the other day: ‘70 people led to safety after huge flood in London‘ with its dramatic pictures and references to social media. Not a word about the underlying issues that resulted in the incident.

By contrast, early warnings have no dramatic pictures. They can only have images of what might happen. The charge then: fanciful scaremongering. Furthermore, in the name of fairness and balance, the media is obliged to set up an argument between those who predict a crisis and those who don’t. This seems to make it just 50:50 as to whether anyone should be paying attention. The voices predicting crisis often seem like cranks, as though they were wandering around with billboards proclaiming the end of days is nigh.

Some would argue that this is exactly what has happened in relation to climate change and man’s role in precipitating it.

Cape Town is likely to be the first of many water crises affecting major cities around the globe. The challenges that water companies face are growing and will amount to a crisis in many cases. The main challenges are: increasing population size and urbanisation, more extreme weather events, an ageing network infrastructure (pipe replacement rates globally are <1% per annum), an ageing workforce, customers becoming more demanding, and difficulty in increasing revenue or accessing capital.

These trends are inexorable. They demand increased investment in water networks which is not currently forthcoming at a level that will solve the problems. The most efficient approach is to make the existing infrastructure smarter. At a fraction of the cost of traditional approaches, smart networks extend asset life, reduce bursts & leakage, improve customer service, and reduce operating costs.

This buys time to ensure that a more considered long-term approach is in place. For a list of topics that such an approach should include, refer to the previous blog entitled Lady Freethinker. Yes, she sounds like a crank!

In its desire to sell content and advertising, the media is open to the charge of being just as short-sighted as politicians who want to be re-elected, or captains of industry who want profits and share prices that get them this year’s bonus. We should be thankful to those publications that take a campaigning stance over issues that other institutions are ill-suited to addressing.