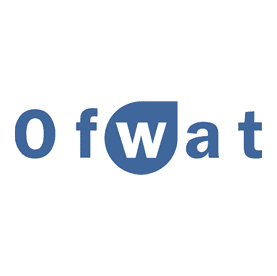 Water industry regulator Ofwat has reviewed the 5 year plans offered up by UK water companies for 2020-2025.

Unlike the new 9 – 1 GCSE grades in England, there are only 3 categories when it comes to marking: A*, Must do better, and Fail.

Affinity, Hafren Dyfrdwy, Southern and Thames failed. They have to substantially rework their plans and resubmit them and will get increased regulatory scrutiny.

The rest need to improve their plans by 1 April. Ofwat will give its verdict on the revised plans in July, with its final pronouncement in December.

All of these results, and the detailed marking of the homework, can be found on Ofwat’s website.

The water industry in England and Wales has been regulated since it was privatised in 1989. Martin Stanley offers an interesting introduction to it and a point of view about how it has worked.

His call for tougher regulation on leakage reduction has been answered. It is now widely recognised that Ofwat is pushing water companies to achieve standards higher than what they have historically regarded as the Economic Level of Leakage. Because customers demand it, because supply is being constrained by the reduction in abstraction licenses, and because the regulator is insisting on it.

Regulation can hasten improvements to tackle the problems which are inevitably arising with increasing and urbanising population, ageing infrastructure, water scarcity and more extreme weather events, more demanding customers, an ageing workforce, and difficulties in raising or accessing capital.

In turn that increases demand for smart network solutions. The ways in which i2O can help are shown in the graphic below:

We look forward to helping water companies to build solutions like these into their 2020-2025 business plans to help satisfy the regulator’s requirements and get an A grade next time round.